Students, volunteers, and Four Diamonds families join together in Penn State’s Bryce Jordan Center. For 46 hours, volunteers give kids and their families the opportunity to forget about their cancer diagnosis. 700+ students are recognized as dancers for THON Weekend, a feat that entails standing on their feet for the entirety of the weekend.

Our 46 hour dance marathon officially starts when the Executive Committee invites all 700+ dancers to stand up together as the first song of THON plays. 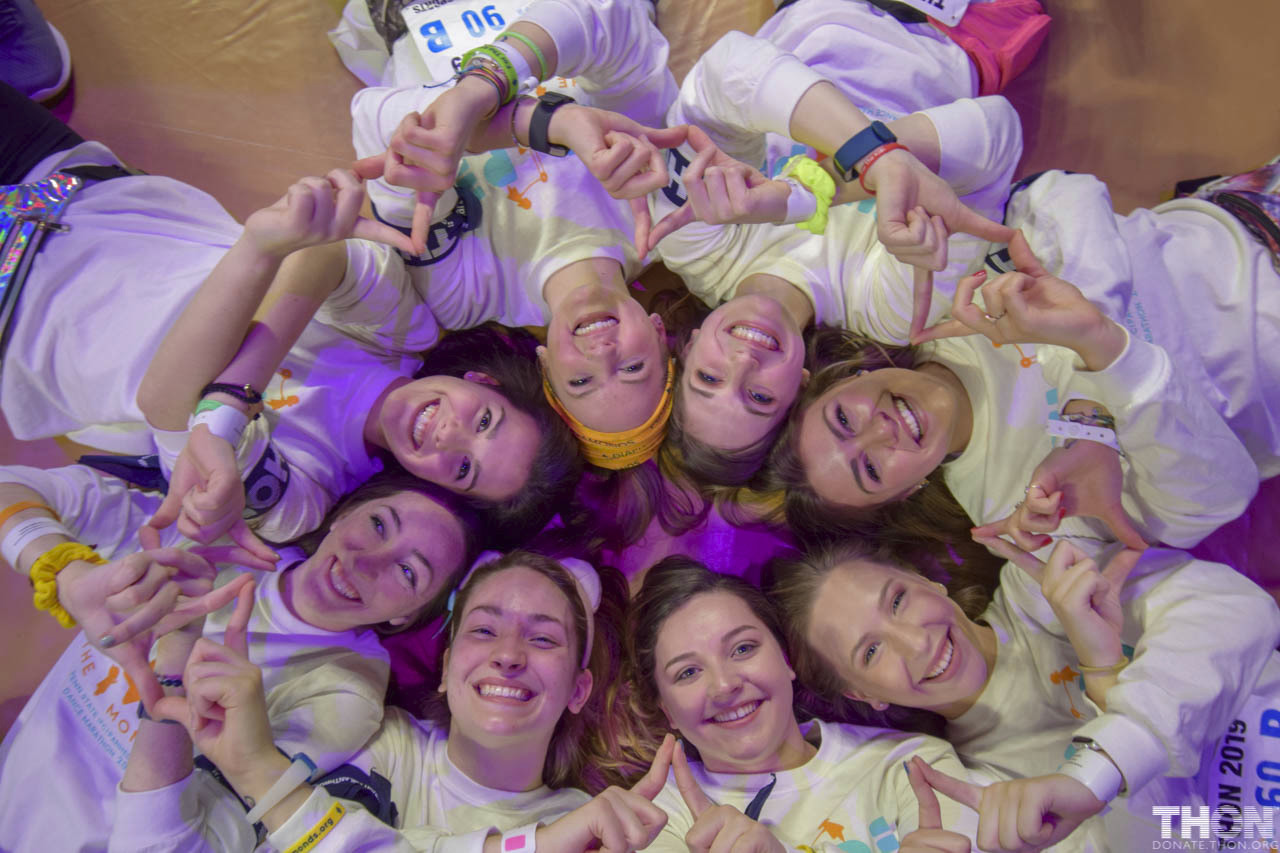 The Line Dance is a 5 minute stretching routine that is played at THON every hour to encourage the dancers to move and stretch. A new line dance is created every year based on current events that make it interesting and fun for the crowd and dancers to sing and dance to throughout the weekend. 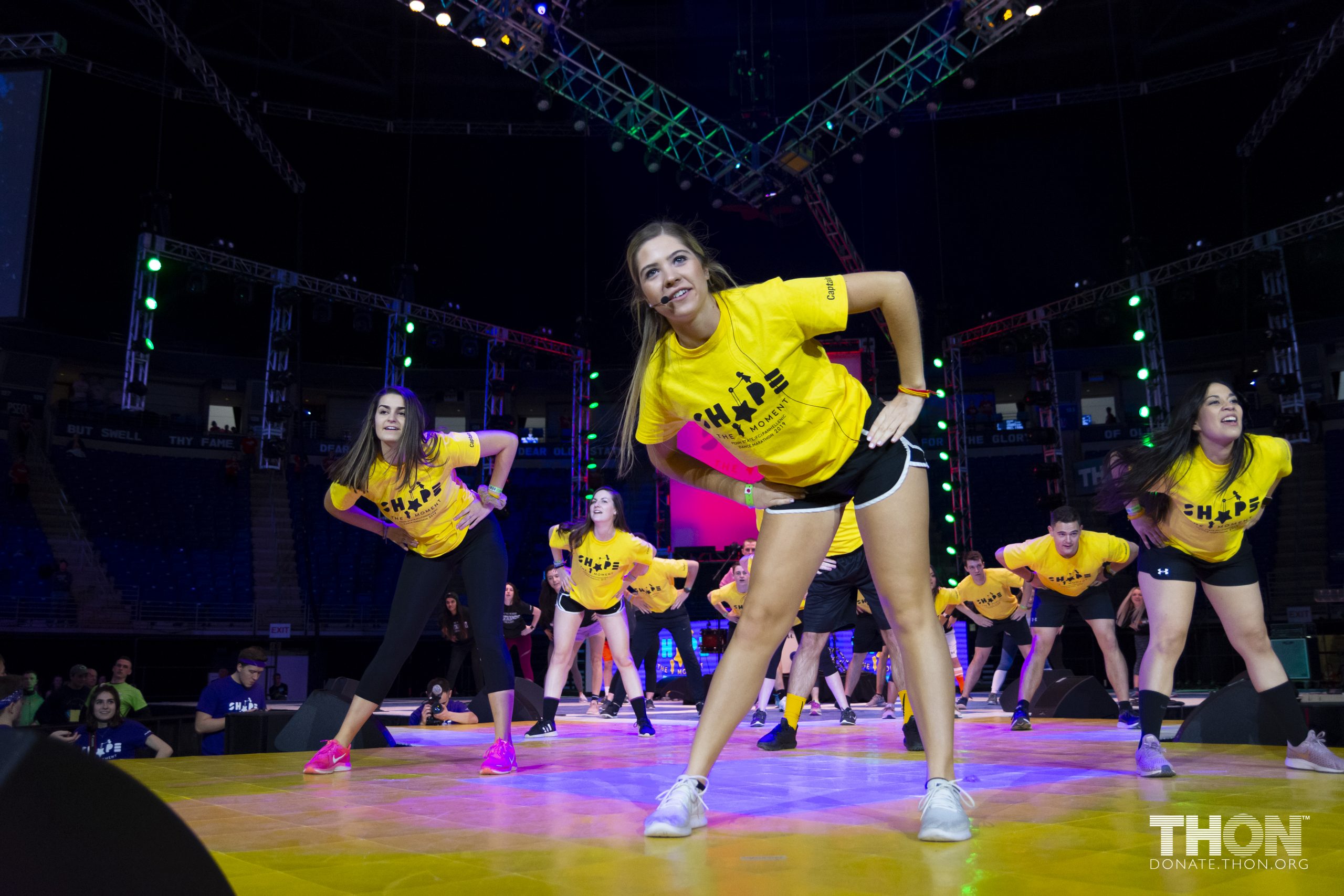 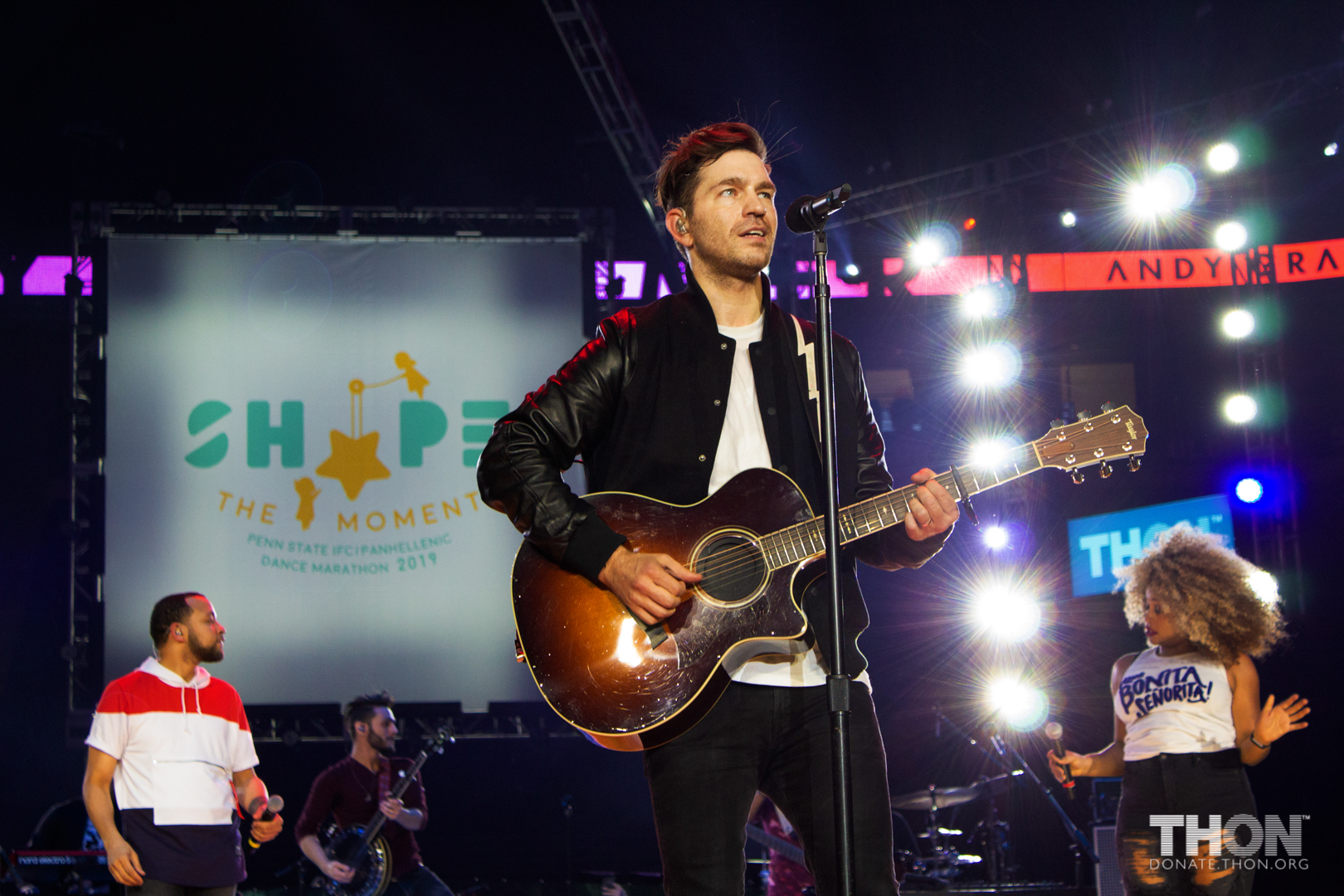 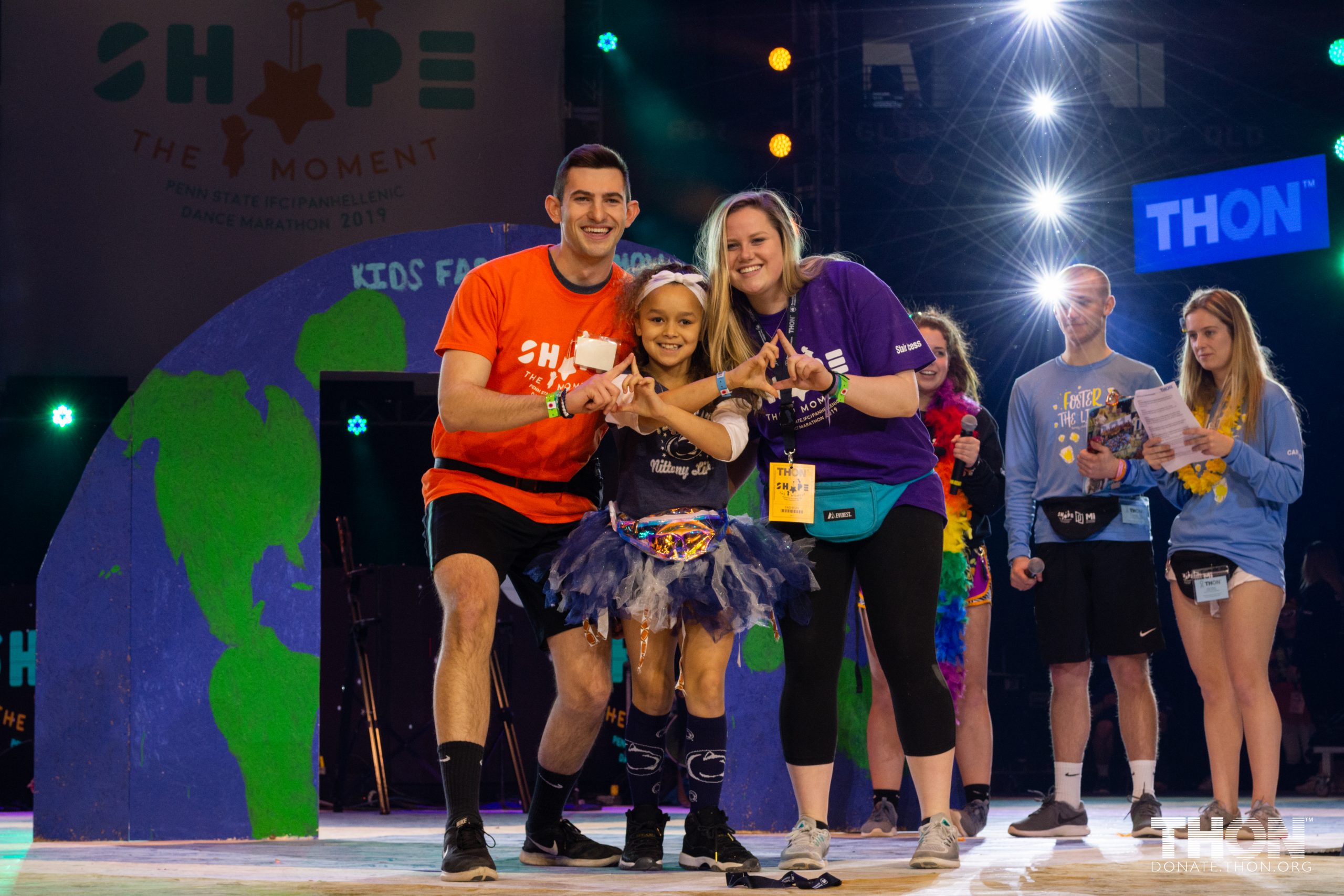 Athlete Hour is a unique opportunity for Four Diamonds children to spend time with Penn State Athletes. Members of all different sports teams come together to play games with the kids and take pictures. Pep Rally is one of the most anticipated events of THON Weekend! Penn State Athletic Teams put together dance routines and compete against each other for the winning title. 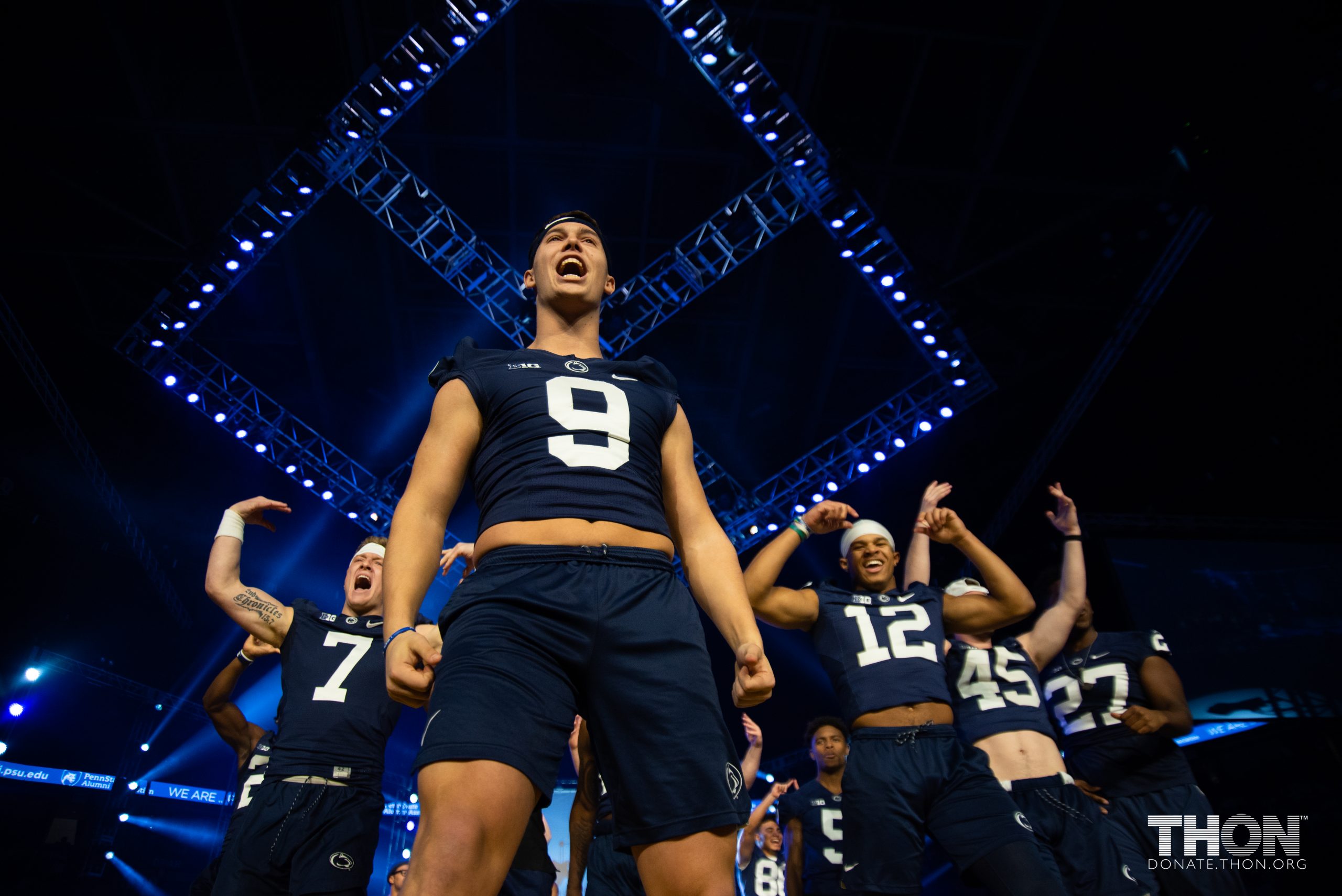 The Final Four hours of THON Weekend are the most anticipated. These last few hours include family hour, where all Four Diamonds families are recognized on stage and a few share their stories with everyone in attendance. 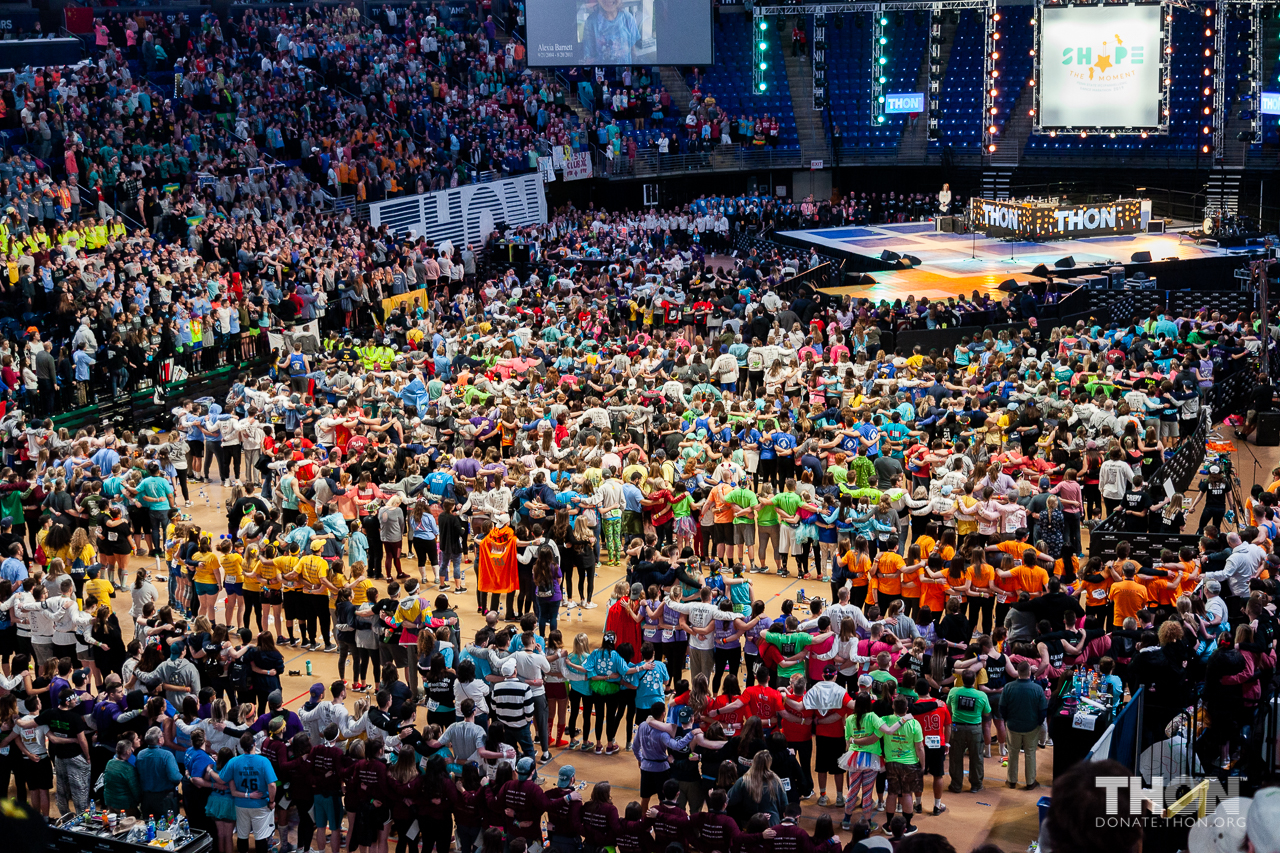 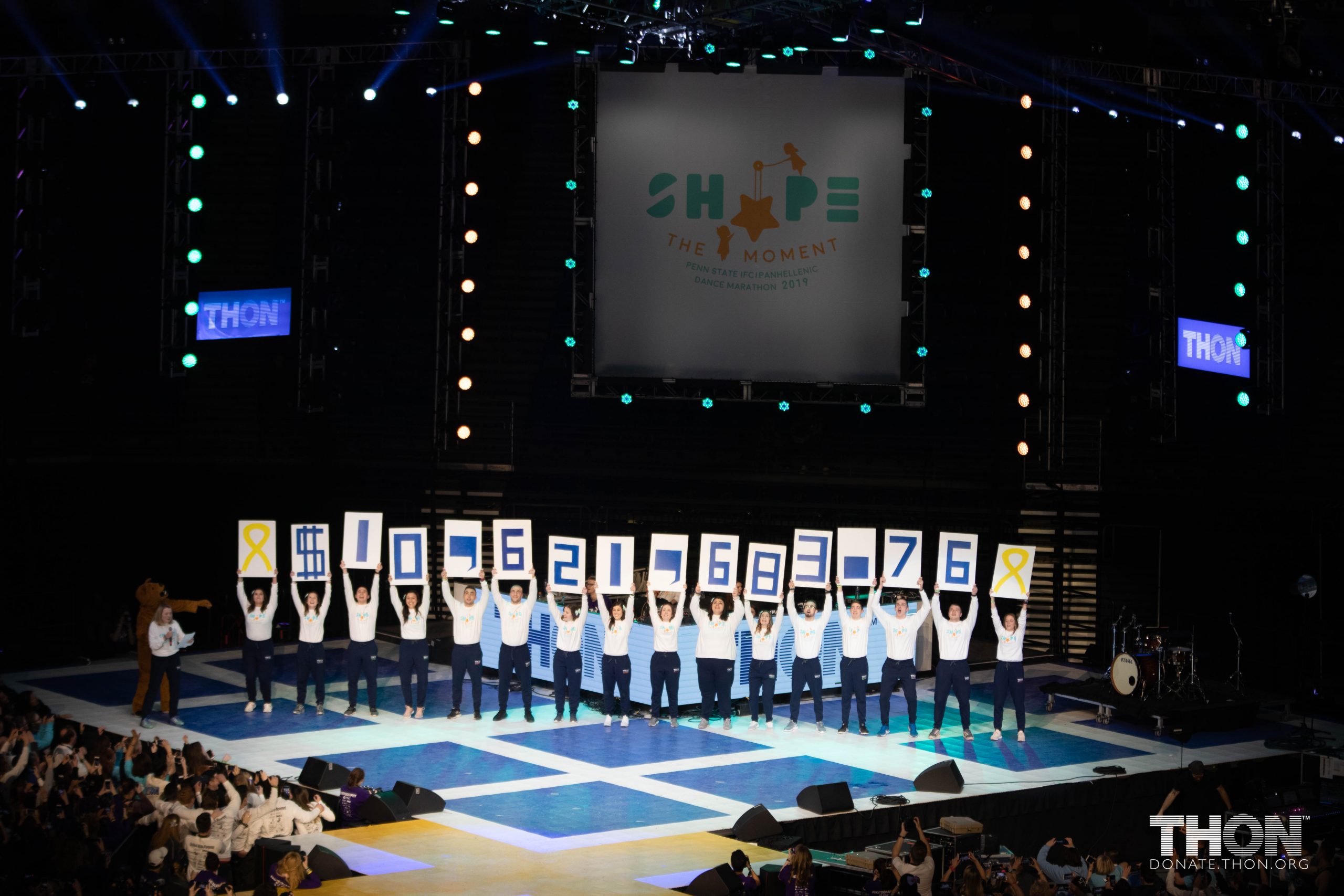